The Spectre of Inflation

This was due to a number of factors. The armed forces quickly recruited vast numbers of service personnel. The public service grew to manage the immense administrative and logistical challenges of the war. Private industry also expanded its workforce to meet the demands of wartime production. By 1943, more than two thirds of Australia’s civilian workforce was involved in the war effort. Between 1943 and 1944, employment in the manufacturing sector rose by 25 per cent. The role of women in the economy was another factor - female participation in the Australian work force increased by 31 per cent over the course of the war, giving women employment opportunities that had previously been denied to them. Real wages grew significantly throughout the course of war. All of these factors contributed to inflationary pressures within the Australian economy. 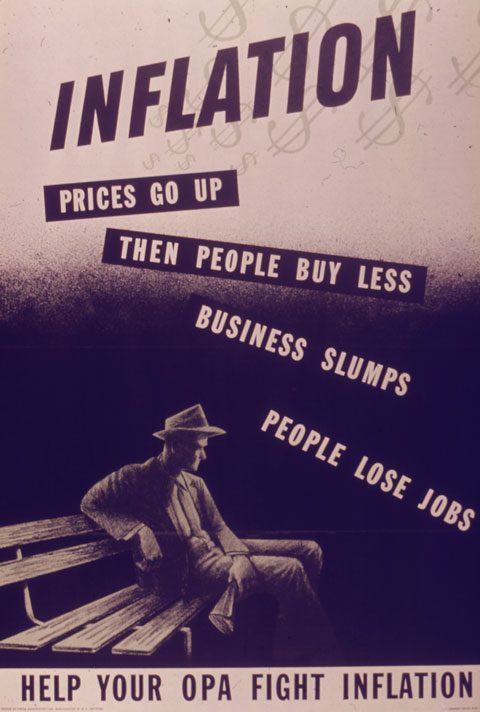 The management of inflation was a significant challenge for other allied nations. This poster was produced by the Office of Price Administration in the United States to help the public understand the risks of uncontrolled inflation and the need for price controls. Image: National Archives and Records Administration 514468 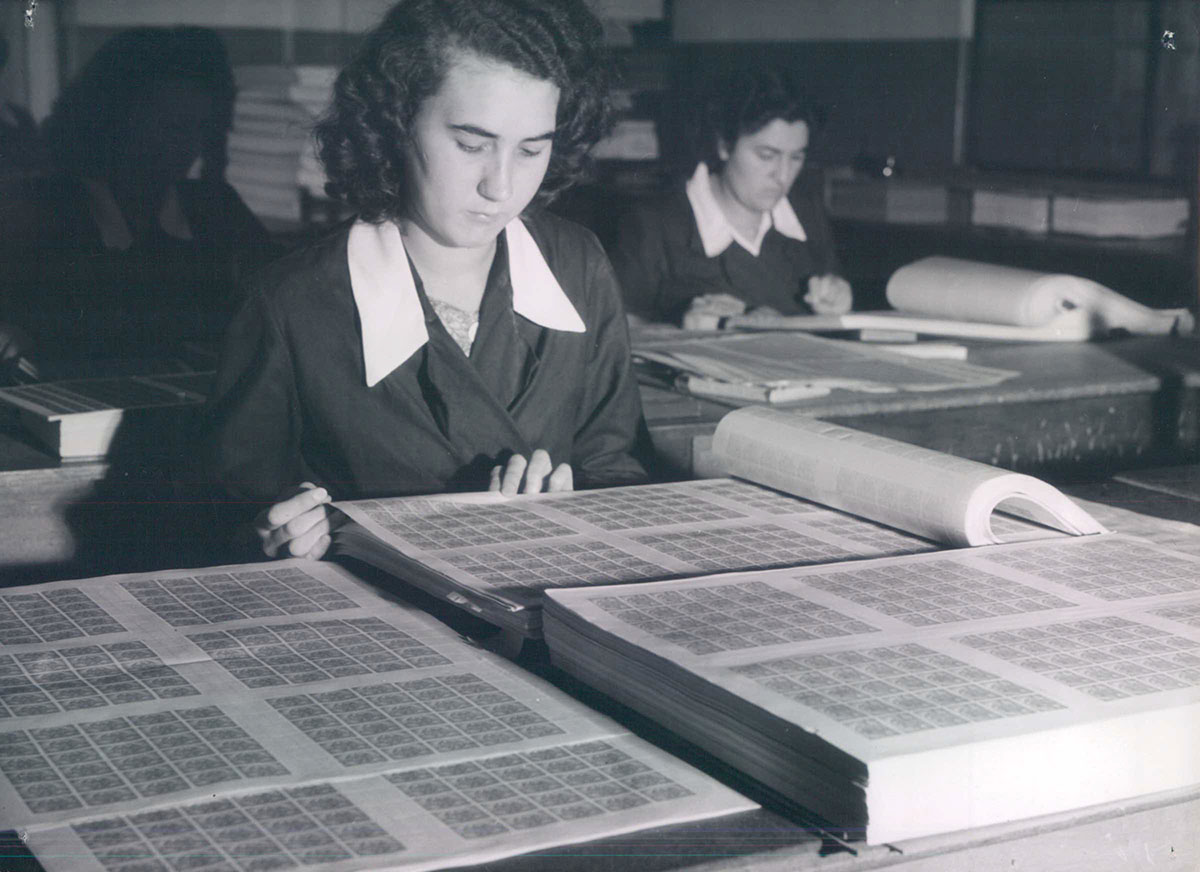 The Bank employed a significant number of new female workers during the war. Image: Reserve Bank of Australia, PN-006591 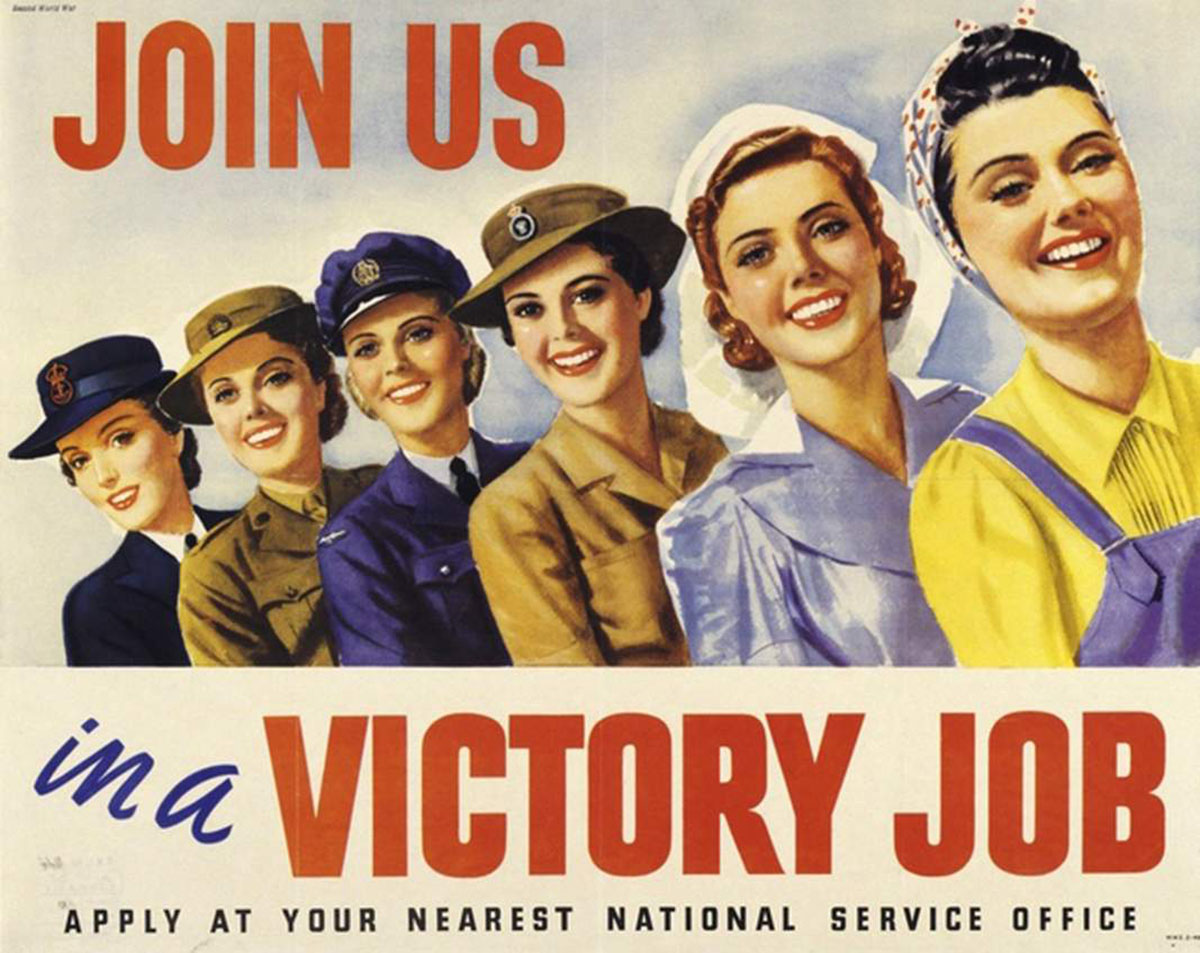 The Second World War created opportunities for employment that had previously been denied to women. Image: Australian War Memorial, ARTV00332

More Australians were at work than ever before. Working Australians had more money in their pockets than they had ever had. However, the capacity of the Australian economy to meet consumer demand was severely constrained. The nation needed to provide food, clothing, fuel and manufactured goods to its armed forces and to its allies. The Australian government redirected resources and labour previously used by industry to meet the demands of private consumption towards wartime production instead. In accordance with the government’s economic strategy, the Bank revised its lending policies to ensure that credit was prioritised for purposes essential to the war effort. 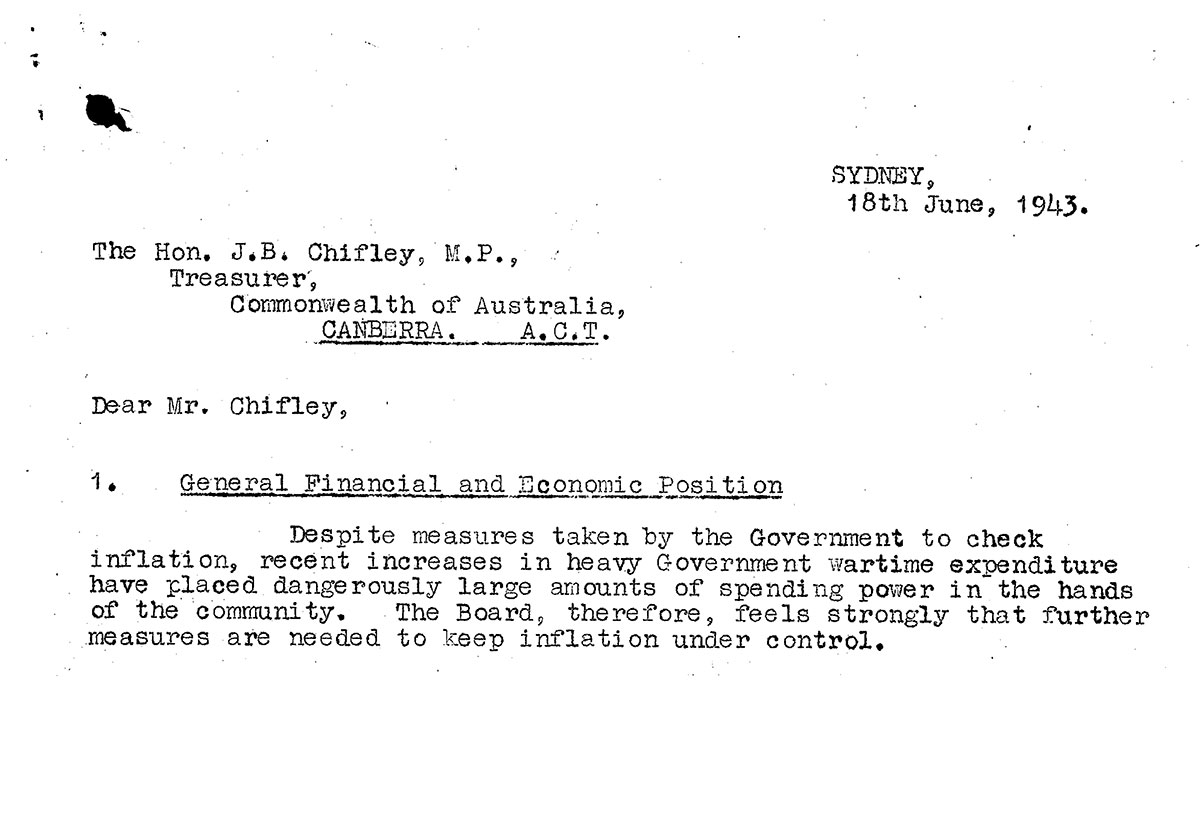 Letter (excerpt) from the Board of the Commonwealth Bank to Treasurer Ben Chifley, 18 June 1943. Image: Reserve Bank of Australia, D13/130602 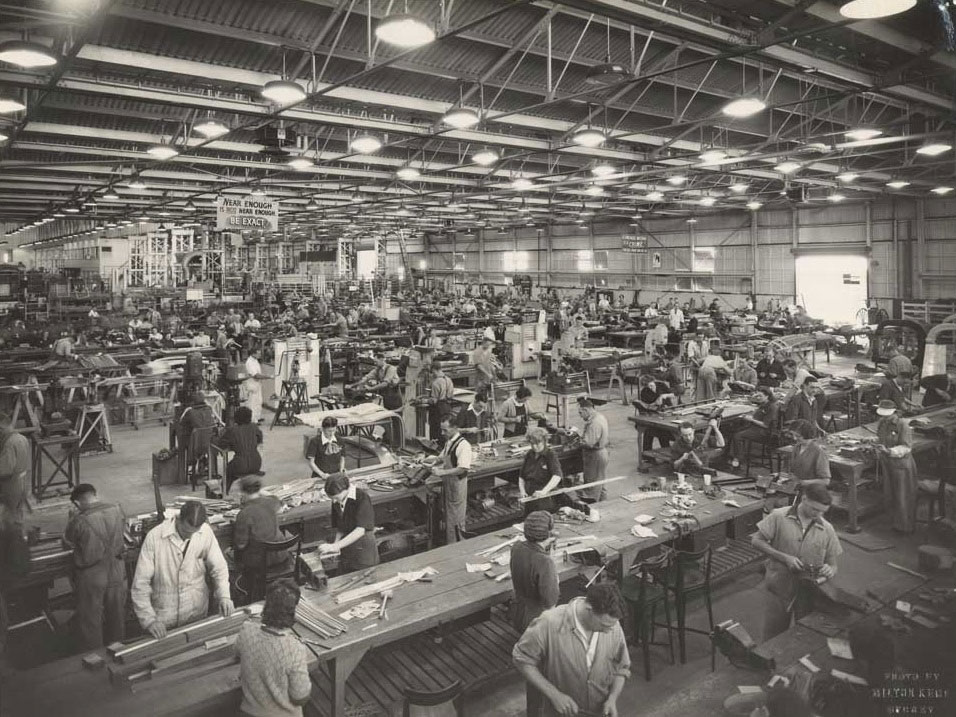 The Second World War brought women into many workplaces from which they had previously been excluded. This photograph shows a number of women working alongside men at the Chullora workshops in 1943. Image: State Records NSW, 17420_a014_a014001287

The availability of many products was directly affected by the war. For example, tea was in very short supply since the majority of Australia’s tea was imported from nations in south-east Asia that had been occupied by the Japanese military. To manage this shortage of supply, tea was subject to rationing from early 1942. The availability of imported goods was also reduced because much of Australia’s shipping capacity had either been diverted to the war effort, or lost to enemy action.

The combination of increased spending power and scarce goods created a very real risk of uncontrolled inflation. A destabilised economy and a volatile currency were risks not only to the economic welfare of the Australian people, but to the nation’s capacity to effectively wage war and defend itself. For similar reasons, uncontrolled inflation was a significant economic threat to many of the nations engaged in the war.

The experience of World War One was still fresh in the minds of Australia’s leading economists and policymakers. Like many nations involved in the war, the Australian economy experienced worrying levels of inflation throughout the conflict. The government was at pains to avoid a recurrence of this.