The work of British economist John Maynard Keynes had a strong influence on economic thinking in Australia during the war.

The Government’s response to the economic challenges presented by the war constituted the first major application of Keynesian economic theory in Australian public policy. The Bank had an important role in the formulation of both wartime economic policy and its plans for post-war reconstruction.

The fact that the early stages of the war were fought in the European theatre rather than closer to the Australian continent gave the government time to methodically plan its mobilisation of resources and its coordination of the wartime economy. Initially, this planning effort was informally led by the Financial and Economic Committee, which consisted of Leslie Melville, Professor Lyndhurst Giblin and Roland Wilson. Melville served as the Bank’s Chief Economic Advisor and Giblin as a member of its Board. Wilson served as Commonwealth Statistician, and later as Secretary of the Department of Labour and National Service. These were the foremost economists of their time in Australia. The members of this group were close adherents of a Keynesian approach to economic management in wartime, as laid out in Keynes’ text How to Pay for the War. According to Dr H C Coombs, their collective outlook “gave the economic planning of the war an essentially Keynesian character”. They met regularly in the period leading up to the outbreak of the Second World War in order to study and prepare for the economic implications the conflict would have for Australia. With the outbreak of the war, the body was formalised by the Treasury as the Finance and Economic Committee. The committee was later joined by Dr H C Coombs, James Brigden, Douglas Copland and Ronald Walker and others. 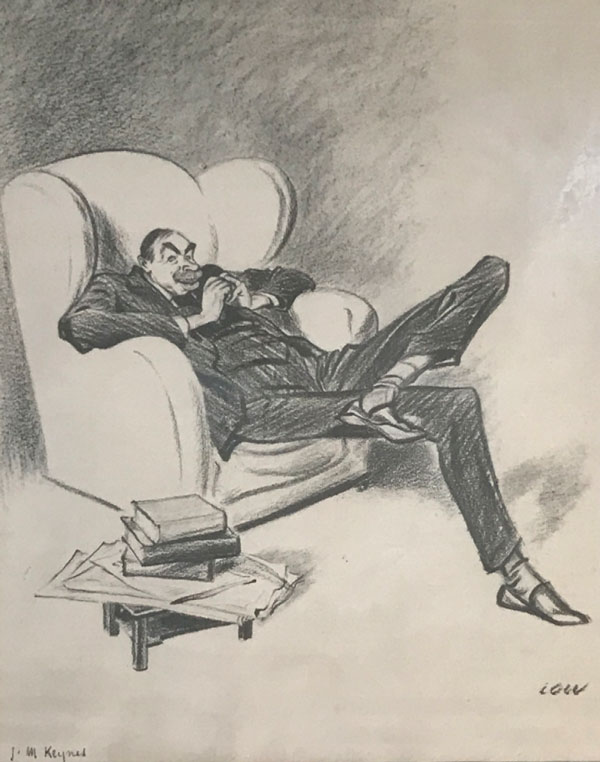 The influential Finance and Economic Committee was guided by the thinking of British economist John Maynard Keynes, who is depicted here by cartoonist David Low (1891-1963). Image: Reserve Bank of Australia, LS-000563.

The committee’s Keynesian approach was designed to deploy government spending as a means of reducing unemployment. They advocated the use of taxation, loans and administrative controls to control inflation once unemployment levels had reduced.

The lesson of the war is unmistakable in its demonstration that, given a clear and generally accepted objective, we can erect an economic structure far superior to that which we knew during the dark days of the thirties.

This influential committee was also the intellectual force behind the Australian Government’s White Paper on Full Employment. That document committed the government to Keynesian economic principles and the objective of full employment for the first time. The demands of the war effort had brought about very low unemployment, yet the hazards of inflation had been avoided. The position of this document was that the economic challenges of the war had been effectively managed through Keynesian economics and that the war had demonstrated the effectiveness of government initiated demand in the maintenance of full employment. The White Paper proposed the application of these principles in peace time.