The war effort created immense government demand for resources such as fuel, food, clothing, metals and other products. Unless competition between the government and private consumers for the same scarce resources was effectively managed, inflationary pressures in the economy would emerge.

Accordingly, the government sought to cap consumer demand for many resources, and ensure an equitable distribution of them within the population. Rationing was one measure by which these objectives were pursued. Prime Minister John Curtin announced the introduction of a rationing system on May 8, 1942. The Rationing Commission that administered this system was headed by Dr H C Coombs. 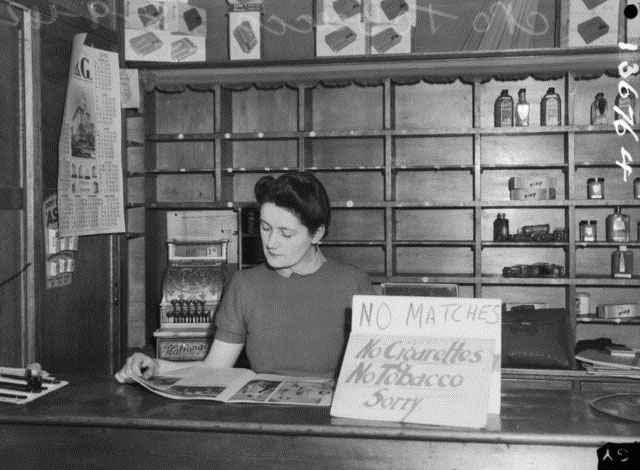 The war caused a severe shortage of many products, such as tobacco. Image: Australian War Memorial, 136764 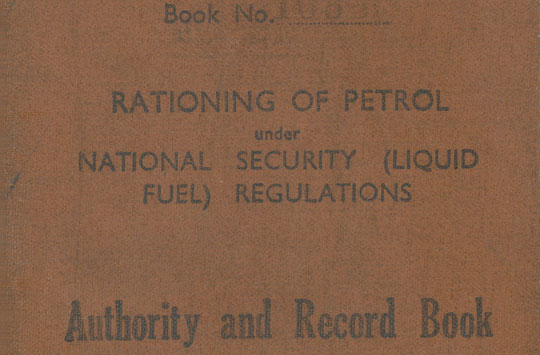 Ration coupons and ration books such as this determined how much of a given product a consumer could buy, regardless of how much money they had to spend. Image: Reserve Bank of Australia

Ration coupons were issued to limit the quantity of fuel, food products and clothing that an individual consumer could purchase at any one time. In order to buy these rationed products, a customer needed to provide the retailer with both monetary payment, as well the requisite number of ration coupons. The Director of Rationing, Dr H C Coombs described the system as “a second form of currency”. The rationing system was based on the principle that every individual should be entitled to buy the same quantity of these scarce products, regardless of how much money they had to spend. Some ration coupons expired after a set period of time, ensuring that they could not be hoarded or traded. The restriction of the availability of consumer products through the rationing system complemented the war loans program because it made war saving and loans programs a comparatively attractive destination for disposable income.

The other objective of the rationing regime was to free up labour from some industries, so that it could be redirected to activities essential to the war. The rationing of clothing, for instance, not only limited consumer demand for textiles, but limited the need for labour in their production, wholesaling, retailing and promotion.

Black markets that circumvented this system soon proliferated. Penalties for breaching rationing conditions were severe – up to six months imprisonment and fines of up to £1,000 (around $70,000 in 2017 dollars). The Bank’s expertise in the printing of banknotes was called upon in order to produce ration coupons that would be difficult to counterfeit. The Bank also formed part of a distribution network that circulated them throughout the country. The Bank produced a range of ration tickets and coupons during the war, such as these coupons for petrol. Image: Reserve Bank of Australia, NP-003008

Rationing alone was not enough. The Australian Government also aggressively promoted an ‘austerity’ campaign, encouraging citizens to voluntarily consume less. The government encouraged citizens to re-use and recycle products rather than buy new ones. Newspapers and magazines published ‘austerity recipes’ that substituted ingredients that were in short supply for more readily available ones. Austerity recipes also made use of leftovers that would otherwise have been discarded. By growing their own food in ‘victory gardens’, people could help reduce competition between private consumption and the government for scarce food resources.

Government publicity sought to discourage the squandering of disposable income by the Australian public. It instead promoted investing money in war loans, which would directly support Australia’s war effort. Here, the conniving ‘Squander Bug’ is depicted as an accomplice of Adolf Hitler himself. Film: National Film and Sound Archive, 9073