Australia's banknotes were transformed in this period. They were made using an innovative polymer (or 'plastic') base and were substantially redesigned. By the centenary of Federation, Australia had an internationally unique set of banknotes based on homegrown technology and skills.

When the new decimal currency banknotes were introduced in 1966, they were thought to contain the most sophisticated security features available. However, a major counterfeiting threat emerged in December that year when forged $10 banknotes were discovered. The counterfeiting story was front-page news.

Forged $10 banknotes were used to make purchases at a string of small retail outlets. It was known as the 'Times Bakery' counterfeit because the horizontal lines on the Times Bakery building (on the back of the note) were not flush with the vertical edge of the building. 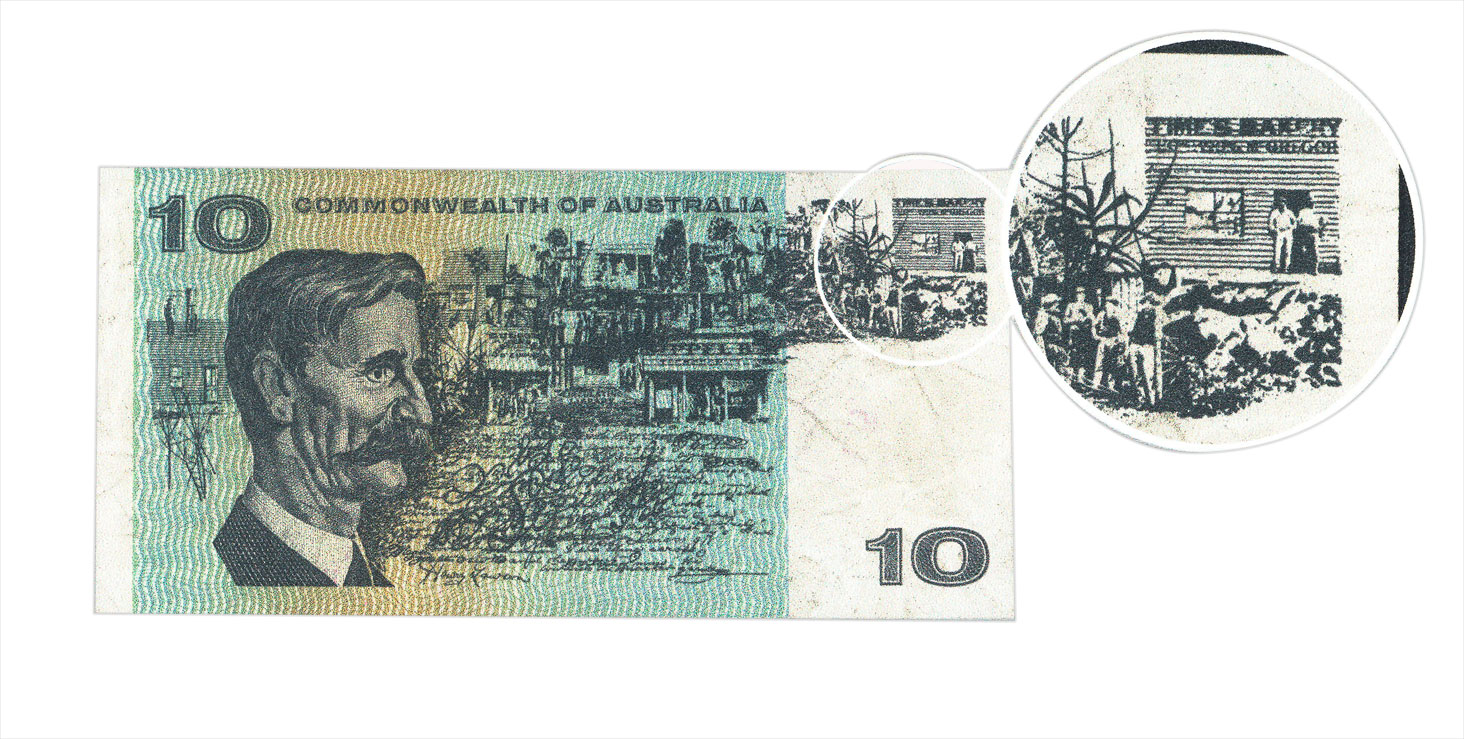 A Currency Squad was formed within the Australian Federal Police and the Reserve Bank offered rewards for information on counterfeiting.

The Reserve Bank also entered into a partnership with the CSIRO to devise new technology that would enhance the security of the note issue.

Research was propelled through the 1970s and 1980s by the increasing availability to the public of higher-quality reprographic technology.

Research to enhance the security of the note issue focused initially on developing a hologram-like Diffractive Optically Variable Device (DOVD). This was found to have better optical effects when applied to a smooth surface. This led to a decision to develop a polymer substrate with DOVD as the principal security feature.

In 1985, the RBA decided to trial the new technology in a Commemorative $10 note. This note was to be the RBA's contribution to the celebration of Australia's Bicentenary in January 1988.

These early designs were variations on the First Settlement theme chosen in the mid 1980s.

Eleven ships of the First Fleet Re-enactment sailed into Sydney Harbour on 26 January 1988 to start the Australia Day celebrations.

Harry Williamson, designer of the $100 decimal note, was chosen to lead the design team, with a theme of 'settlement'.

This Commemorative $10 note was the first banknote in the world to be printed on a non-fibrous polymer substrate. It incorporated a Diffractive Optically Variable Device (DOVD), which featured Captain Cook.

One side of the note symbolised European settlement with HMS Supply, the first ship to drop anchor in Sydney Cove, and a medley of persons symbolising all who have contributed to Australia's development since 1788. 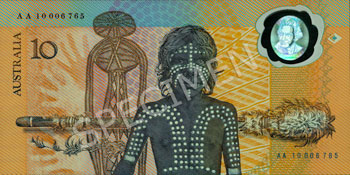 The other side of the first polymer note symbolised the original discovery and settlement of Australia some 40–60,000 years earlier. It depicts an Aboriginal youth, a Morning Star Pole and other designs including from Aboriginal artworks commissioned by the Bank.