History Week is an annual event organised by the History Council of New South Wales to showcase the rich, diverse history produced by organisations and individuals across the state. The Reserve Bank of Australia Museum participates in History Week, bringing to life the stories behind our banknotes and archives.

The Museum offered special curator-led tours of the Reserve Bank of Australia Museum that highlighted the relationships between our banknotes and the nation's natural and built environments, moving through their architectural, economic, literary, pastoral and political landscapes.

The theme of History Week 2018 – Life and Death – reflects on the ways that people’s lives are commemorated. The Reserve Bank of Australia Museum celebrated History Week 2018 by exploring the lives of some notable Australians that have been commemorated on our banknotes, from figures such as Sir Henry Parkes and Henry Lawson to Mary Reibey and Dame Mary Gilmore. 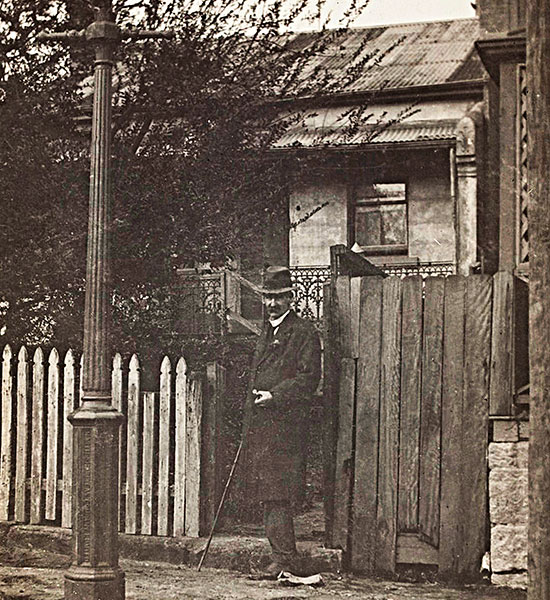 The poet and short story writer, Henry Lawson (1867–1922), joined the architect Francis Greenway on Australia’s $10 banknote in the first series of decimal currency, 1966. He is photographed by Phillip Harris in front of one of his former North Sydney residences, c. 1922. (State Library of New South Wales, PXB/526)

The often colourful stories of these notable Australians remain current through their life and death as they feature on the banknotes that we use in our daily lives. Their stories are also evident in places around the Sydney region. Some of these places are well known, while others are hidden in plain sight. A special booklet, Eternally Current, outlines some of their key achievements and includes a guide to their lives in the Sydney region. The booklet is available from the Museum. 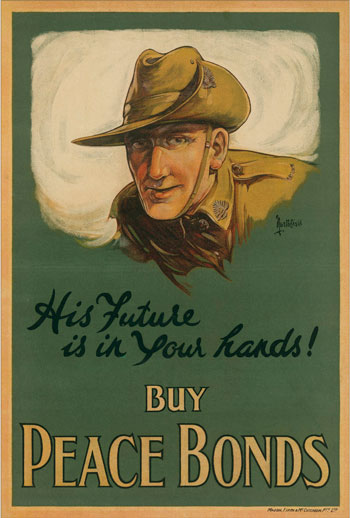 The theme of History Week 2015 is ‘War, Nationalism and Identity’, which focuses on the history of nation building, nationalism and national identity as the products of both peaceful and violent processes, focusing on generals and politicians, constitution makers and revolutionaries. The ‘Before Sunset’ exhibition explores the Bank's role in raising funds, offering assistance to service people in foreign countries and aiding their reparation to Australia through original documents, photographs, artefacts and historical film footage. 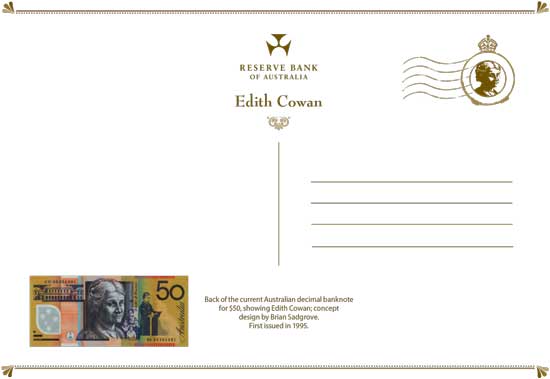 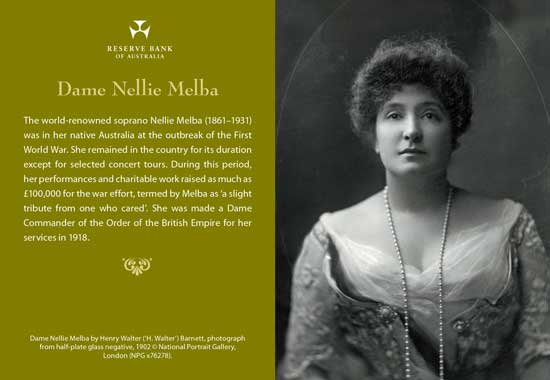 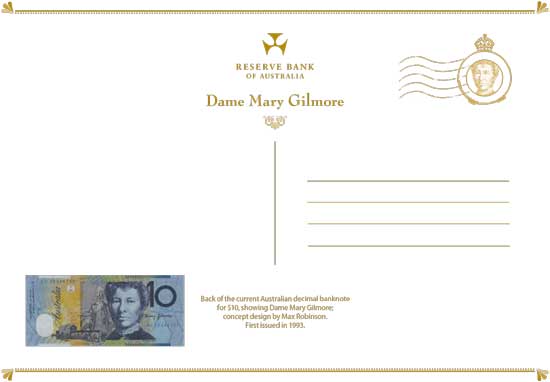 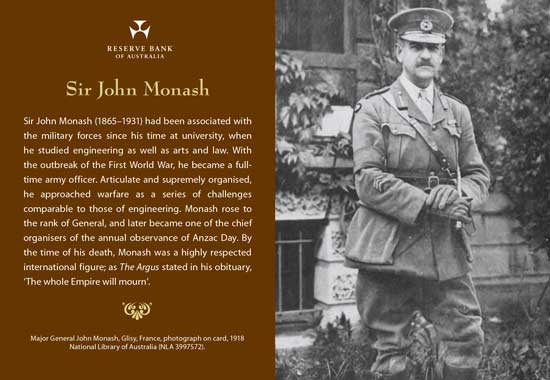 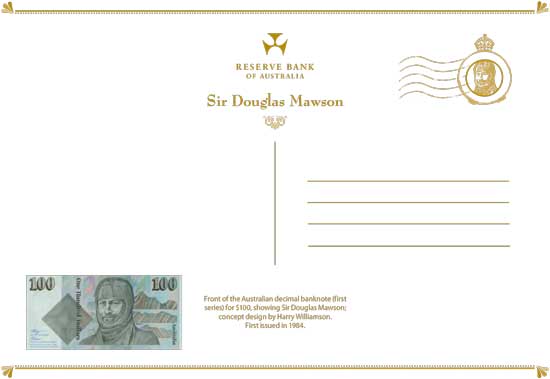 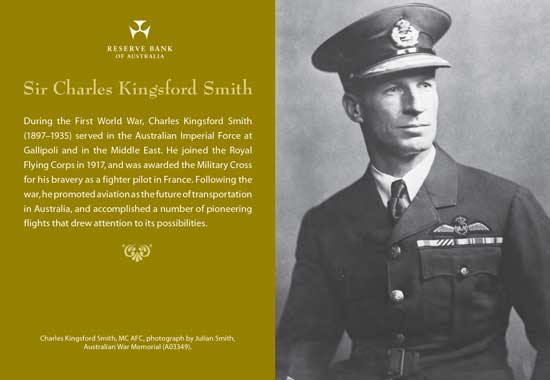 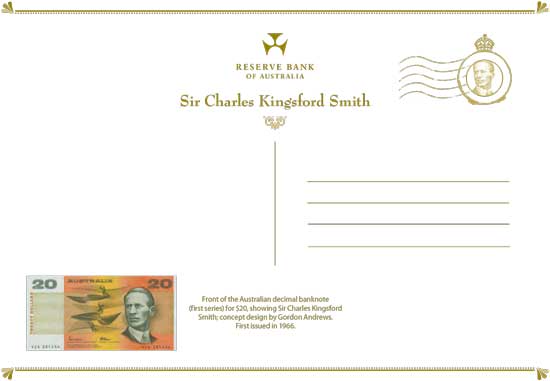 The theme of History Week 2014 is ‘The Great War’, to commemorate the centenary of the outbreak of World War I. The First World War was a defining period for our nation. Many of the famous people featured on Australia's banknotes were associated with this 'war to end all wars'. The Bank's contribution to this year's History Week will be a series of seven postcards featuring these famous Australians. The postcards are available to the Museum's visitors. 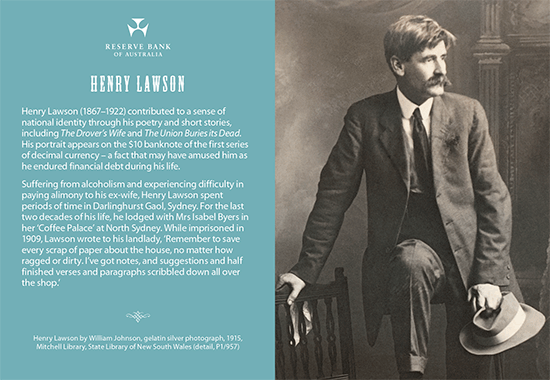 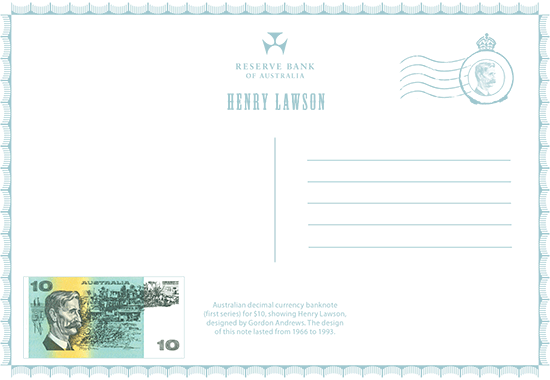 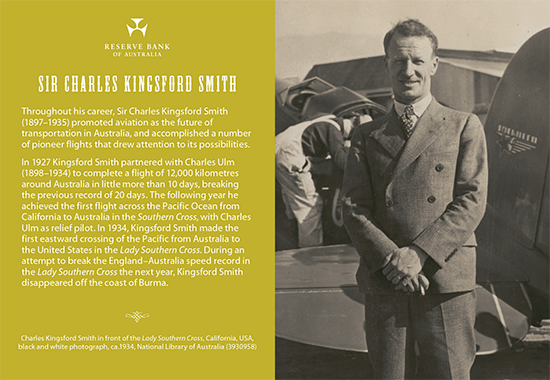 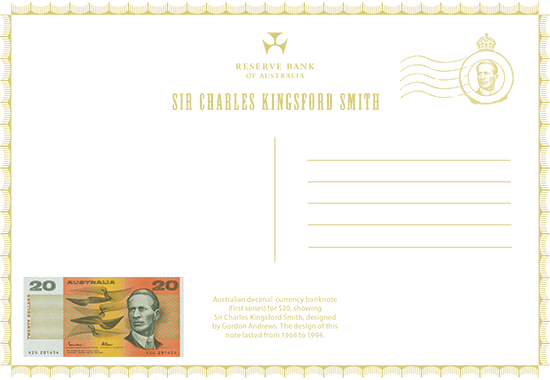 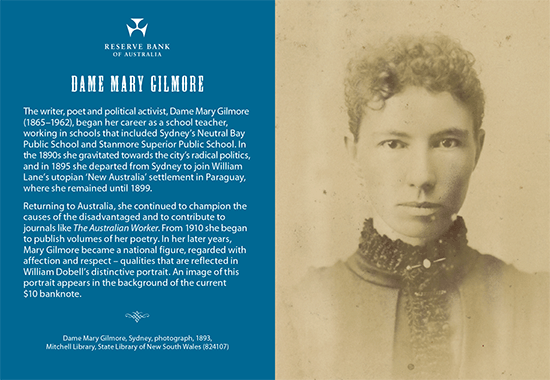 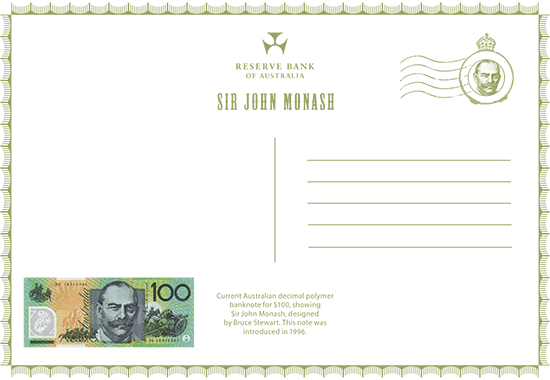 Titled ‘Picture This’, the theme of History Week 2013 focused on our visual culture: advertisements, ephemera, paintings, photographs, posters and sundry other forms of visual representation. The Bank contributed to History Week 2013 by producing a series of postcards, illustrating portraits of selected identities from our banknotes. The postcards highlighted the influence of these portraits on the imagery of the banknotes, and described the lives of those chosen to appear on our currency. The postcards were available to the Museum's visitors.

History Week 2012 focused on the history of dress, affording us the opportunity to review individuals who feature on our banknotes, and to discover characteristics of their clothes. The character of ‘Dollar Bill’ instructed us in the new system of decimal currency in 1966; during History Week 2012 he guided us on a tour of select historical figures, and revealed the changing styles of their dress during the 19th and early 20th centuries.

History Week 2011 is themed ‘Eat History’, and focuses on the history of Australian food and drink. The Reserve Bank’s Museum highlights the associations between this theme and the history of our currency. Visitors can view a ‘menu’ that details these association between food and drink and the nation's banknotes, drawing on this for a self-guided tour of the Museum. Brochures are available at the Museum desk.

The Reserve Bank honours those Bank staff who enlisted in the ‘war to end all wars’ and those who helped found a national institution.